Many years ago, we discovered this wonderful new building material called asbestos which appeared to have all sorts of fantastic qualities, such that we started putting it everywhere.  And then we realised it might be dangerous, that the buildings and environments we had created that contained it might be toxic, and we started giving people instruction on how to handle it safely, and gave them safety equipment and so on.  And then we stopped using it and started ripping it out of buildings that contained it.  And there are lots of them.

Some years later we began the IT revolution and we began filling all our workplaces, and pockets, and handbags, and bed side tables and desks and boardroom tables and cafes and cars and, well, just about everything and everywhere, with devices that enabled us to be in touch and responsive and on wherever we are and whatever time of day or night.  It was wonderful, the future, it would be so enabling and new and bright.  Without any great forethought we began rebuilding our businesses upon the premis that our people could communicate with anyone anywhere anytime.  And we never stopped to think about the impact on those people, and we never sought to put in place rules, or guidance, or boundaries or understanding, within our organisations or, critically, between organisations, about how to do this safely.  We did not stop to think, or talk to each other, about how we wanted this new way of working to be used.  We just went with it.

And we created toxic workplaces as a result.

Because we could work 24/7, we did.  We assumed that was what was now required of us and began to assume that, for example, the proper, professional provision of quality legal advice, depended on doing everything as soon as it was requested, as quickly as possible, without regard to the impact upon ourselves, our teams, the others involved in our work, and all of our respective families and lives.  (And very possibly without regard to the impact on the quality of that work either.)

It is not the technology that is the risk here, I should be clear, but the thoughtless, mindless way in which we allowed it to take control of our lives, the assumptions we have made about what it means for the way in which we must work, the expectations others have, and are entitled to have, of us.

The advent of increased awareness around mental health has meant that we have started providing guidance to our people about the risks involved. And that is great.

On the evening of World Mental Health Day, 10 October, ten organisations came together to sign up to a commitment to start rethinking the way they work with each other, to start to challenge the toxic assumptions upon which our working lives have come to be built, to start removing the asbestos.  The Mindful Business Charter, created by Barclays, Pinsent Masons and Addleshaw Goddard, and signed also by Lloyds, Natwest/RBS, Ashursts, Baker Mckenzie, Clifford Chance, Eversheds Sutherland, Hogan Lovells, Norton Rose Fulbright and Simmons & Simmons, is a simple commitment to remove the unnecessary sources of stress within and between their organisations, to promote better mental health and wellbeing within the legal community.

It is not a shirkers charter - lawyers thrive on hard work.  Rather it says let's talk and think about what we need and when, how we can work most effectively and safely, and when we need to work all hours, which sometimes we will, we will do so consciously and knowingly.  And when we don't need to, we won't.  It is a commitment to openness and respect.  And it is a call to be brave, because while this could be a massive change to the way we work it will require huge effort, and bravery, to change the habits of a generation.  There will be cynics and there will be times when the pressure is on and it will be all too easy to fall back into those old habits.  But with the commitment of all involved, coupled with that honesty and respect, and the bravery to call out poor practice, and to be called out, the change can happen.

It may well be a game changer.  I was honoured to be asked to speak at the launch.  As I said then, hugely well done to the brave folk behind it.  It is now up to the rest of us to build on that work.  We have the chance.  People talk about the culture of work in the 21st century and the pressures and stress it involves.  Culture is just the way we do things round here - the key word being we.  We can change the way we do things round here and we have been given a hugely valuable set of guidelines about how to do it.  Now it is up to us. 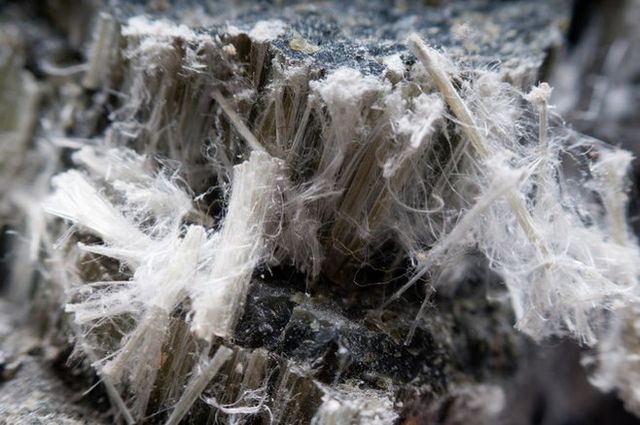 We are one of the first law firms to become a signatory of the Mindful Business Charter, committing to better working practices for mental health and wellbeing. Find out more here: https://t.co/XykF670suk pic.twitter.com/ShyKJ9rI7Q

Yesterday we had the pleasure of hosting the launch of the Mindful Business Charter. The evening was a great success. Thank you to all of the speakers including our Vice President @simondavislaw and congratulations to the signatories. #WorldMentalHealthDay #WMHD18 pic.twitter.com/C5nucQ50sp

Team ⁦@Pinsent_Masons⁩ - all smiles at the conclusion of a hugely successful Mindful Business Charter Launch. Thanks to all involved. ⁦@Pinsent_Masons⁩ ⁦@kaferg⁩ ⁦@RichardFoleyPM⁩ #MBC #BeBold pic.twitter.com/IgnZkEyGx7

On #WMHD2018 we're proud to announce that we have become a signatory of the Mindful Business Charter, representing a collective commitment to changing avoidable working practices that can cause of mental health and wellbeing issues for employees https://t.co/oWetKIRovI pic.twitter.com/1yXtmc1ym0

We are thrilled to be launching the Mindful Business Charter today in collaboration with Pinsent Masons and Barclays to support mental health and wellbeing in the workplace #mbc #bebrave https://t.co/IqUq90cPpf

Give me a break...
Richard Martin