In most branches of medicine, a clinician who still used the approach and treatment methods from 30 years ago would, at best, be shunned by patients and colleagues, but would most likely be struck off.  Around mental health, and depression in particular, however, the same is sadly not true.  Not much has changed since the advent of SSRIs - drugs to help balance our serotonin levels, one of the neuro transmitter chemicals on which communication between neurons in the brain depends.  That was in the late 80s.   Things may however be changing.  As my colleague Uxshely has written about before, there has been a lot of research into the impact of the microbiome in our gut.

I have just finished reading a fascinating, and easily digestible (excuse the pun) book by psychiatrist Edward Bullmore - The Inflamed Mind.  The books explores new theories which appear to link depression, in the mind, with inflammation in other parts of our body.  In very brief summary, the thinking is that once our immune system is activated to deal with an inflammation in our body - which might be caused by a virus or an infection or any other thing which our immune systems registers as a threat - this is registered in the brain and there may be a consequential impact upon brain chemical levels, resulting in depression.

It used to be said of someone suffering, say, from cancer but who also appeared depressed, that of course - who wouldn't get depressed with a diagnosis of cancer?  Perhaps, the new research suggests, it is not the thoughts that someone may have about their cancer that might lead to depression, but the very cancer itself and the body's attempts to fight it.

This challenges an age old fundamental principle of medicine that there exists a blood brain barrier which prevents anything in the body impacting the brain, which itself underpins the very stark demarcation between psychiatry and medicine more generally.  In fact that barrier may not be quite so impenetrable.

It also opens up a whole new approach to treatment for depression, and hope for those that experience it, particularly where it appears drug resistant.  If the cause is an inflammation somewhere in the body then we can try to find that inflammation and treat it, which ought then to relieve the symptoms of depression.  That is radical.

We all experience depression in different ways and the book is not suggesting that every case of depression has a physical cause.  Indeed, one cause of inflammation might be prolonged exposure to stress which will often be a result of our thinking about the world and ourselves in it - which would explain why stress can lead to burn out and depression, and why anxiety problems and depression so often co-exist.

There remains much research to do in the area but it is certainly a new and very exciting avenue, and the book itself is easily accessible.  If you are interested in the area and still need a summer read then I highly recommend it!

Worldwide, depression will be the single biggest cause of disability in the next 20 years. But treatment for it has not changed much in the last three decades. In the world of psychiatry, time has apparently stood still... until now. 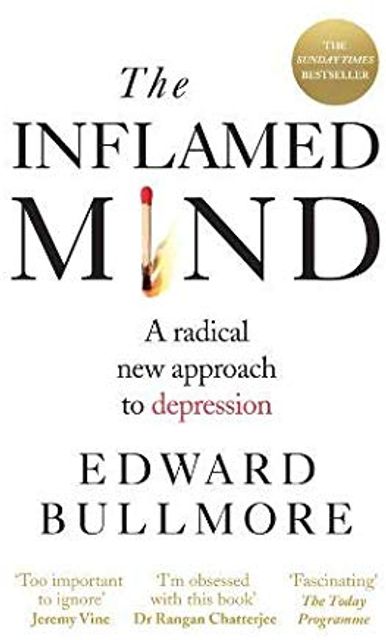