Sometimes, if we pay careful attention, our brains throw up lovely little examples of how they work, often with delicious irony.

A couple of weeks ago I was delivering a workshop on stress.  Inevitably, part of the workshop involved a discussion of how the brain works and how, when we are under stress, our pre-frontal cortex doesn't work so well and we tend to revert to, to rely on, our unconscious thinking which isn't always reliable and will often tell us what we want to see or hear, based on what we expect, or on past experience, rather than on what is actually happening in the here and now.

This workshop involved the senior legal team from a major global investment bank, and was being hosted by a global law firm, and some of the firm's senior leaders were in the room.  I hadn't done much work with either organisation before, and certainly not to such senior folk, very few of whom I knew. I was in a room and an office I hadn't been in before and my session was part of a longer offsite day that I was joining midway, without having experienced any of the context from the rest of their work that day.  Much of that is part of the day job when delivering workshops, I know, but it all meant I was a little bit anxious, maybe a little bit stressed.

My session was being introduced by a man from the bank and a lady from the law firm, both of whom are kind and lovely and I did know them.  I know two ladies from the law firm, the one doing the intro and another.  Let's call them Mel and Sarah because, hey, I do their names as it turns out.  I didn't know Sarah was coming to the session, but I did know Mel was doing the intro.  They look nothing like each other and if I was to see either in the street I would have no problem knowing which of them it was - now that may of course prove to be a hostage to fortune.

We were pretty much ready to start the session but Mel had not arrived - we were waiting for her.  And in walks a lady from the law firm, and in that moment, under a bit of stress, and expecting Mel to arrive, I recognise the lady concerned and smile and say something along the lines of "Hi Mel, great to see you, we were just waiting for you to kick off the session".  Which, of course, would have been fine, had it not been Sarah standing in front of me wondering what on earth I was talking about.  My unconscious brain had told me that what I was seeing was what I was expecting to see and I got a little bit embarrassed.  Hmmm, I took a moment or two to do some breathing exercises to bring my anxiety under a bit of control and to re-engage with my pre-frontal cortex, Mel turned up, I didn't call her Sarah, and the session all went well.

It is reassuring to know that what we talk about is true!

PS - just to be clear that I am not suffering the same thing again, I know that photo is not of me delivering a workshop, but my far more photogenic colleague Richard Thompson - I do find it is so easy to get people mixed up! 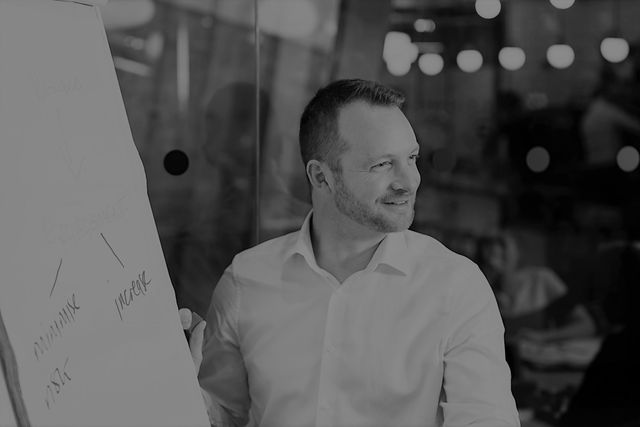