One of the campaigns that I am most proud to support and be part of is the Lord Mayor's Appeal This is Me initiative.  This uses the power of personal story telling to break down the stigma of mental health and to get conversations going.  With this in mind, and with bucket loads of excitement, trepidation and anxiety, I am delighted to announce that in November my own story will be published - This Too Will Pass, Anxiety in a professional world.  Based in part on a diary I kept through my illness it is my contribution to breaking the stigma.  Details are available here and this is a little taste... (I was a fairly senior partner in a city law firm at the time, and by May 2011 my world would come crashing down.)

In early 2011, my firm suggested that in preparation for my next promotion, it might benefit me to see an executive coach.  ‘Why not?’ I thought, having no real idea what coaching entailed but feeling secretly honoured that this investment was being made in me.

Early on, I did a psychometric test.  When the coach presented the results to me, he began by asking me whether I ever felt different to the people around me in the law firm, whether there were times when I thought they did not understand me, or I did not understand them.  ‘Of course,’ I replied, ‘that’s normal isn’t it?’

Apparently it isn’t. Apparently most people don’t think like that for much of the time.  Hmm ...

He showed me a graph to illustrate the point.  He drew a curve to show the average, normal personality traits of a lawyer, and then he superimposed my curve on the top.  They were almost polar opposites.

‘Now these are only based on norms,’ he said, ‘and I am not saying for a moment that you aren’t a good lawyer, but this may go some way to explain why you have that sense of difference, of not quite belonging.  You are just very different to many of the people around you.’

Later he said he’d got a clear understanding of what the firm wanted of me, why it saw the potential it did in me, and why he had been asked to work with me. ‘But what I want to know, Richard, is what you want?’

And I just did not understand the question.

“A breakdown isn’t the beginning of mental illness, it’s the publication of it. It’s the volcano that has been rumbling away for years exploding with boiling lava and destroying everything in its path. It has no choice, it was made like that, and people built houses on its slopes knowing what it was but hoping that it might not actually erupt.” Lucy Martin 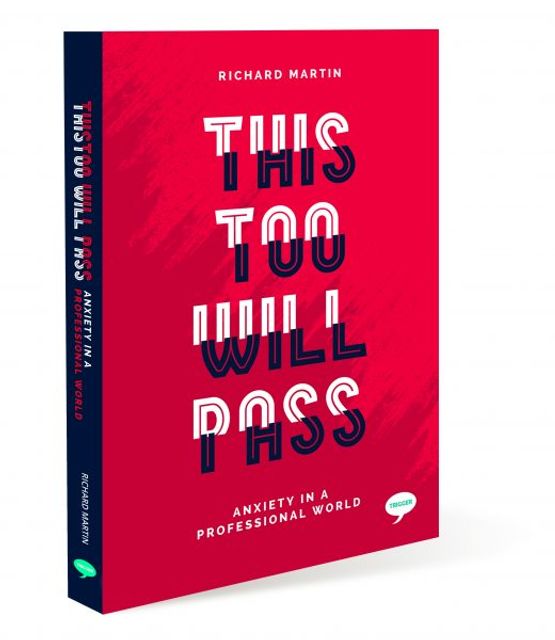 The Mindful Business Charter, and what we might learn from horses?
Richard Martin
Recent posts from byrne·dean Mental Health