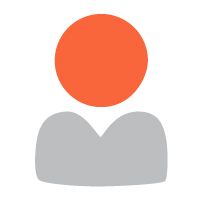 Discussions in the news, and articles focusing on mental health and wellbeing at work, are increasingly common. There is a dawning awareness on employers that stress and depression are legitimate and genuine illnesses that impact many employees over their lifetime. Of course “good” employers want to look after their people, and take care of both their physical and mental health. However there are also the obvious costs to the business, and the consequent impact on productivity, when employees are off sick for whatever reason.

The recent employment tribunal case of Wickers v Colchester Visionplus Ltd t/a Specsavers Opticians was a timely reminder of how easy it is for a busy manager to deal with stress in exactly the wrong way, even if well intentioned.

Ms Wickers worked as an optical assistant and, unbeknown to her employer, had a history of depression dating back to her teenage years. At the beginning of a performance appraisal, Ms. Wickers burst into tears, this was very unusual and the manager asked her to go to her GP and report back to him. After a few days of absence, Ms. Wickers returned to work and was approached by her manager who asked her how she had got on, and if she was feeling better. Ms. Wickers explained that she was struggling with depression, however her manager replied that he had no sympathy for “this kind of thing”, and went on to say that when people get signed off work it just lets others down and makes them angry as they have to do extra work. He added that “everyone gets depressed sometimes, you just have to pull yourself together”. Notes of a subsequent meeting also indicated that the manager believed Ms. Wickers’ illness to be “self inflicted”. Ms. Wickers claim of disability related harassment succeeded, the Tribunal found the manager’s comments to be humiliating and offensive.

Unfortunately, the manager’s comments are not unusual at work and indicative of a common mind set. Depression, unlike a broken leg, cannot be seen or easily “fixed”, and often people disguise it because of the stigma attached. There is a perception that people have made a choice to be depressed. What is interesting about this case is that the manager did say, evidenced through notes, that he wanted to give Ms. Wickers support but his intention did not match the impact of his words or actions.

Where you are concerned that an employee may be suffering from stress and/ or depression, think about the following:

As a manager, it is essential to deal with stress and depression sensitively, as this can make a big difference in an employee’s recovery. Don’t be afraid to reach out to HR for guidance.

If an employee’s stress or depression is considered a disability under the Equality Act 2010, there are increased legal risks to an employer by getting it wrong, such as disability discrimination, harassment or victimisation. If the illness isn’t classified as disability, there could still be legal exposure to an unfair or constructive dismissal claim. My belief is that this is secondary to the far more important question of what we can do to create a positive and inclusive work environment, where mental health can be discussed in an honest way without fear of censure or ridicule. Surely that should be what we are all aiming for?

How we view “conflict” – are you walking towards resolution or stirring the pot?
team byrne dean

What impact will mandatory pay gap reporting have in reality?
team byrne dean